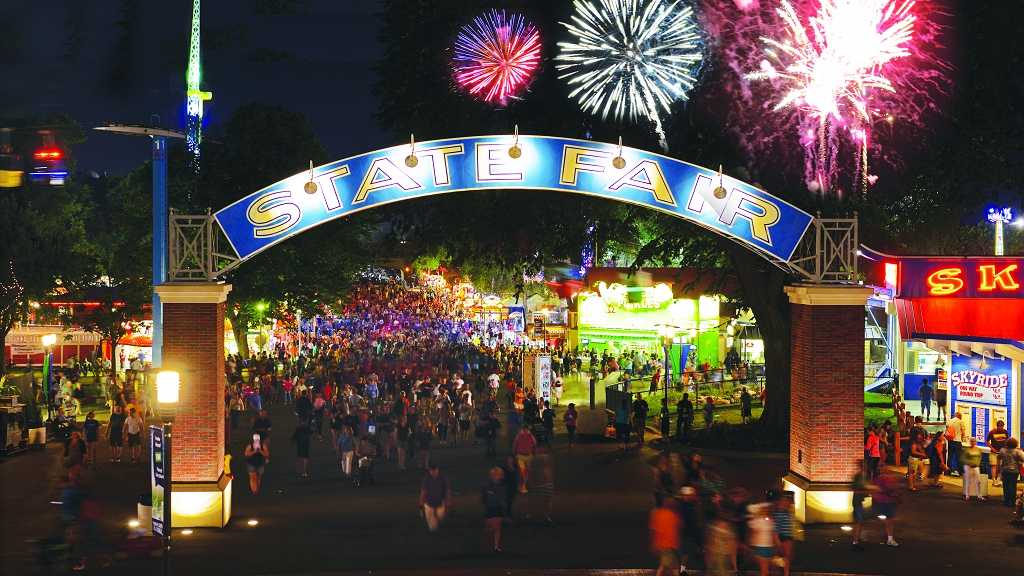 The State Fair just came to a close after 12 days filled with traditional fair fun. With a record-setting attendance of 1,997,320, the Great Minnesota Get Together reached a new level, coming up just shy of 2 million people who enjoyed the fair’s many delights. Whether it be food, sightseeing, music or rides, the State Fair proves to have something for everyone.

On September 3rd, I ventured to the ever-endearing Minnesota State Fair Grounds to spend an entire day – as most do – seeing a plethora of different stands and tasting a myriad of various cuisines the fair offers – many on a stick. Did you know that in State Fair history, there have been more than 80 foods on a stick? Including anything from tater tot hot dish on a stick, to cheesecake on a stick – if that proves to be something you’re into, the State Fair offers it all. And, of course, the famous Sweet Martha’s cookies were a staple attraction like every other year, now producing an outstanding amount of 3 million cookies a day.

There’s never a dull moment at the state fair due to its lively environment. Some of the highlights from my extravaganza included singing my heart out with friends at the Great Sing Along, an oversized version of karaoke, taking a trip “around the world” at the International Bizarre where you could immerse yourself in different country’s cultures such as Germany, Ireland, and China, and taking a ride on the Space Needle to see a 360-degree view of the fair while elevated in the air. Booths on the side of the walk-way enticed us to take a moment to stop when we were invited to play Minnesota State Trivia, (I won a free Minnesota t-shirt on the plus side), and I even had the opportunity to get up on stage with dancers and learn some of their entertaining moves.

One of my personal favorites every year has to be the Butterfly House, wherein one can be submerged in a room with butterflies everywhere and the opportunity to feed them, let them land on you, and admire their appearances for just $3 – probably one of the most inexpensive things you can do at the fair.

We didn’t forget to take a ride on the Sky Glider once the day was coming to a close because let’s face it – your feet are going to hurt after a whole day at the Great Minnesota Get Together. Despite the money spent and the tired feet, my day at the fair with friends concluded on a positive note with memories made that were well worth our time and an excellent way to spend the elongated Labor Day Weekend.