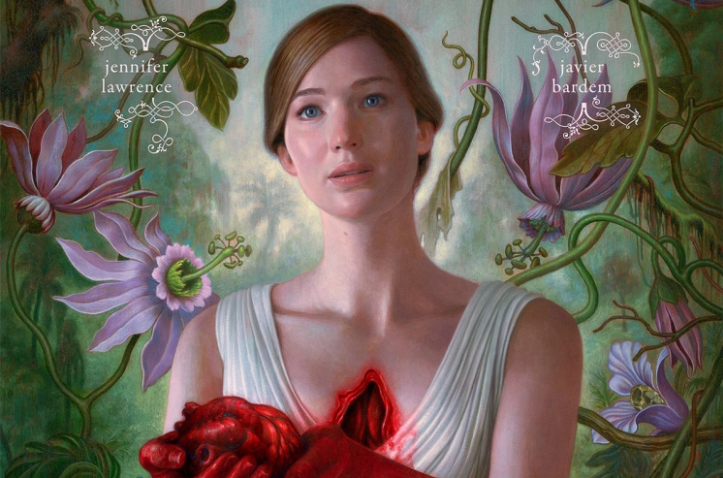 Darren Aronofsky is one of the most talented and critically successful directors still working today. He is the man responsible for Requiem for a Dream, The Wrestler, and Black Swan. His newest film mother! is not for everyone, but it is another essential addition to Aronofsky’s filmography.

mother! stars two Academy Award winning actors, Jennifer Lawrence (The Hunger Games) and Javier Bardem (No Country for Old Men). The film follows mother and her husband, played by Lawrence and Bardem respectively as their quiet life is disrupted by visitors, played by Ed Norris (A Beautiful Mind, The Rock) and Michelle Pfeiffer (Scarface, Batman Returns).

The acting is all good from the very experienced cast. They are always interesting to watch and are all clearly passionate about the project. Bardem gave the best performance from the cast, stealing every scene he was in, proving why he is one of the best actors working today. The writing for certain characters is a bit thin, but the actors keep you invested.

mother! is probably the hardest movie to watch this year. The pacing is very slow, building the tension until it is all let out in the insane 3rd act. This is going to bother a lot of people and did sometimes cause boredom. The film is also extremely unsettling, mostly in the 3rd act. The film will make your mouth drop to the floor which is exactly what the director wants.

Technically speaking, mother! is superb. The cinematography is great, most shots are close ups and it makes you feel claustrophobic and on edge. The lighting always feels natural.  The camera work was well done and added to the tension that was present throughout the whole movie. The movie might have benefited from a noticeable soundtrack, however.

mother! is chalk full of social commentary and symbolism. Aronofsky clearly has a lot to say and he uses this movie to get his message across. The movie is essentially an allegory about the environmental destruction humanity engages in, but the movie never feels preachy. The symbolism worked well for the most part, often it is very brief, but other times it is beating you over the head. Fortunately, it never compromised the movie and often improved it.

mother! is unlike any other movie you have seen before. It feels incredibly fresh in a time where sequels and reboots are so common. This movie was a gamble for the studio and the actors and it paid off. mother! is not a movie for everyone, it is disturbing and makes you feel uncomfortable, which is exactly how Aronofsky wants you to feel. This movie will be the most unconventional movie you see this year and that is not a bad thing.