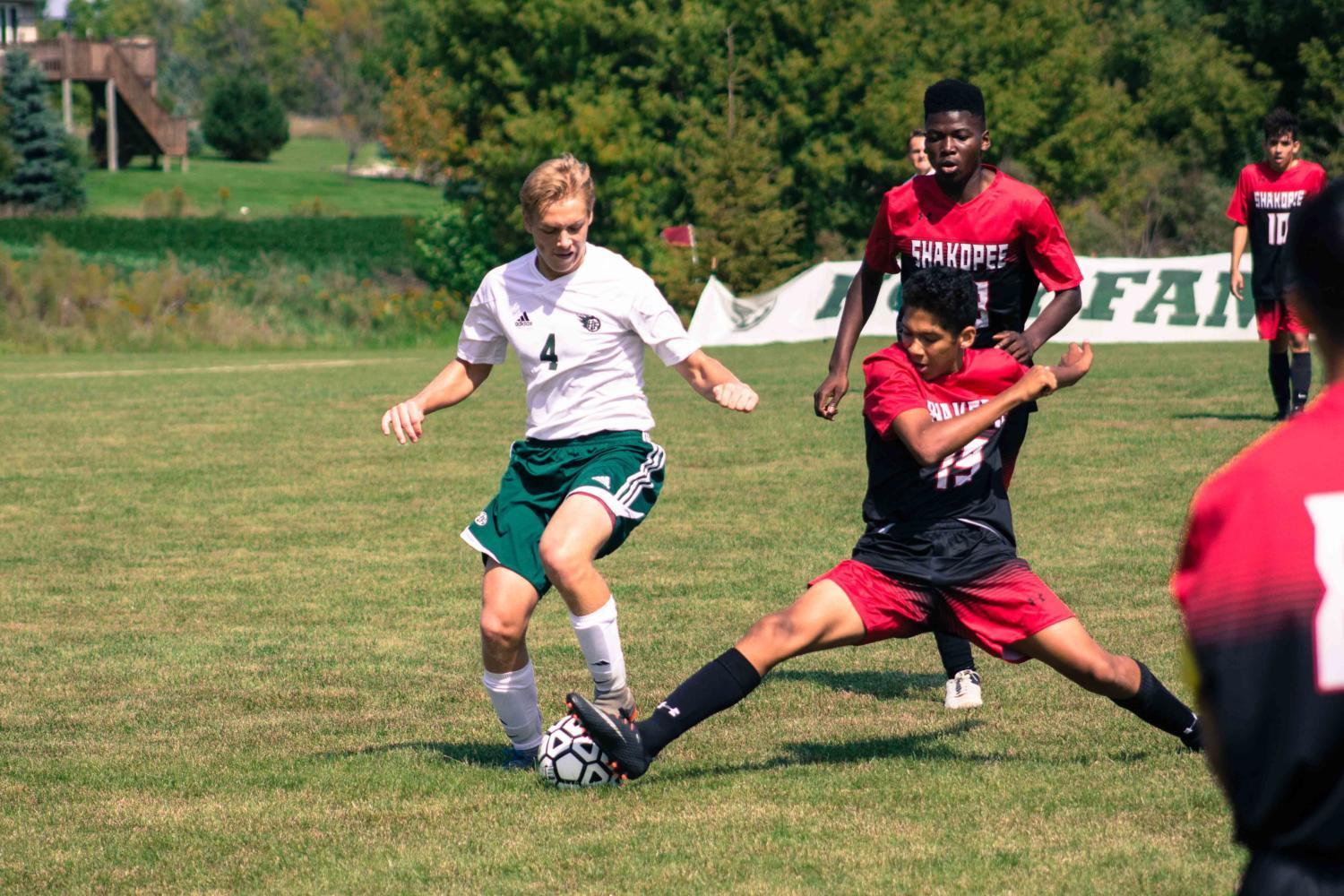 The Holy Family Boys Soccer team had a difficult start to the season, beginning 1-4 against challenging competition like Eden Prairie and a Chanhassen team that has posted an 11-3 record. Fortunately, dating back to September 12th, the team has posted a 6-1-2 record to right the ship at 7-5-2.

There are many reasons for this turnaround. The team has seen younger additions to the team gain confidence over the season, and upperclassmen have embraced a leadership role. Many individuals have also stepped forward, including Jack Parker, Ben Creager, Sawyer Schugel and Zyler Niece.

One of the largest standouts, however, has been junior Luke Puklich. In addition to dominant midfield play, Luke has contributed goals in important matches, including two tallies in a recent dramatic overtime comeback against Orono.

“Luke is consistently one of the most skilled and effective players on the field and plays every important minute of every game,” said teammate John Simon.

When asked about the team’s turnaround and his strong individual play, Puklich responded, “I feel like I learned a lot from last season and have been able to build off it. My play has been good but I wouldn’t be able to do it without my teammates.”

After defeating AA New Prague in an away game this week, Luke and the rest of the team look to finish the season strong against a #3 ranked Edina team on Saturday night.

“The Hornets have been a tough matchup in the past, but as a team we can accomplish anything.”

Kickoff is set for 7pm at Edina’s Kuhlman Field.