Tennis team qualifies for 4th state tournament in a row 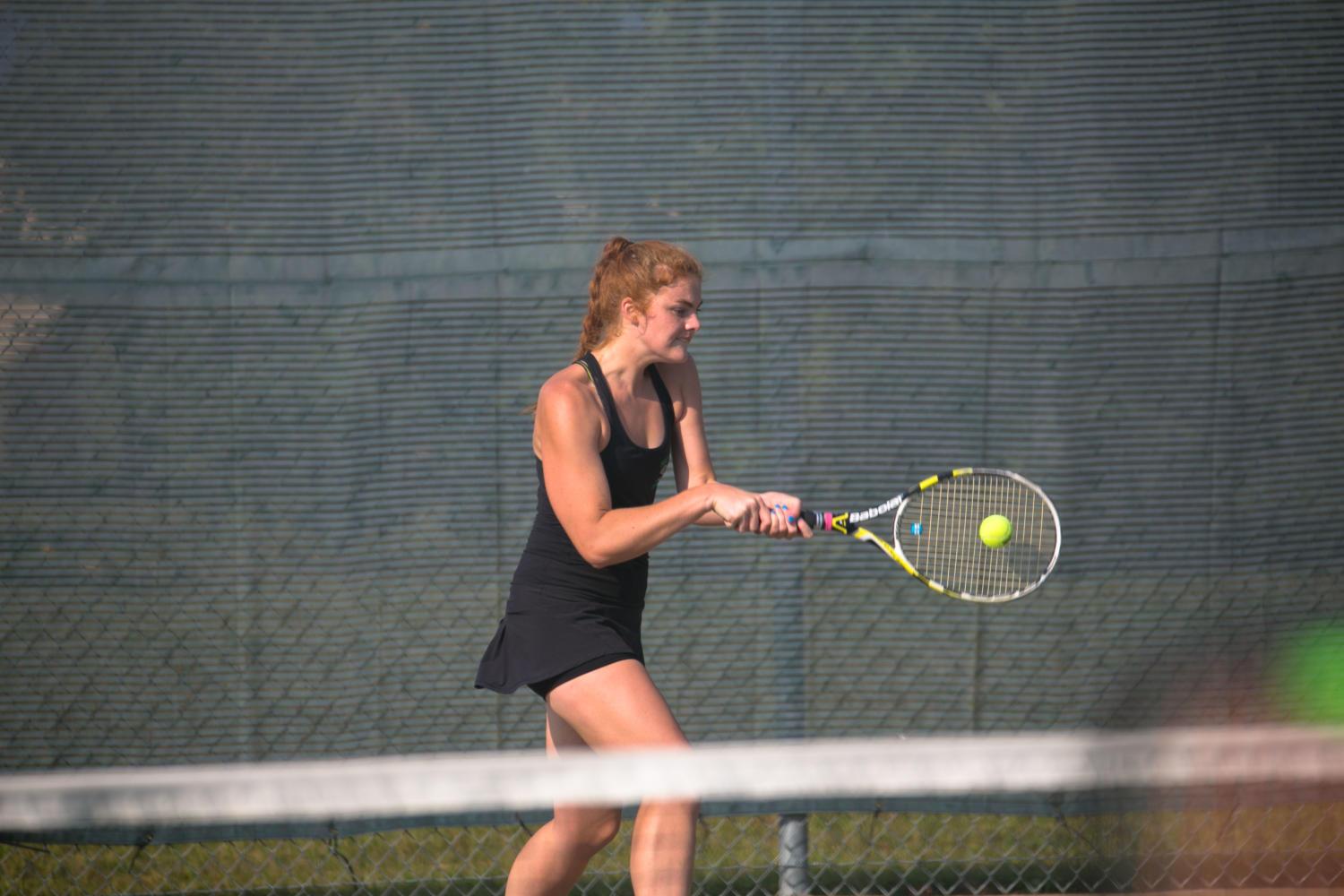 Hopes were running high for the girls tennis team this season. With three consecutive section championships, the team’s overall goal was to make the state tournament for the fourth time in a row.

Later in the day, the girls played 8th ranked St. Peter and won 4-3, securing their spot in the state tournament for a fourth consecutive year.  Senior Captain Sophie Lynch clinched the win in dramatic fashion by defeating her #1 singles opponent 6-4, 2-6, and 6-0.

Reflecting on her four years and the upcoming state tournament, Sophie stated, “I am so proud of my team! Going to state never loses its glamour, so being able to attend the past 4 years is truly an honor! I am looking forward to the competition and the memories my team and coaches will make over the next couple of weeks.”

Senior Alexis Pricco, a member of the team for four years said, “Over the last four years, tennis has been one of the best experiences of my high school career. I’m so proud of the girls on the team for making it to state for the fourth consecutive year and I cannot express how excited I am to compete for the last time with my team by my side. All of the girls have worked tirelessly to get to this point in the season and it has finally paid off.”

The team will compete in their first match of the state tournament on October 24th at the Reed Sweatt Family Tennis Center in Minneapolis. The girls will take on the Section 7A champion and it will be quite exciting to see what this successful team can accomplish at state this year.