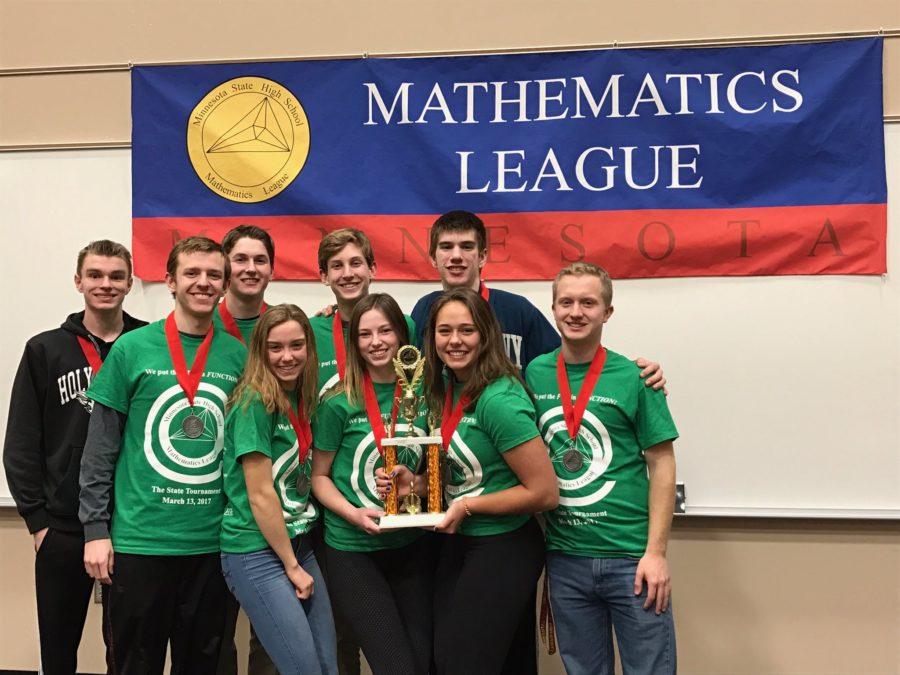 It’s that time of the year again, when Mr. Kannel’s room is filled with the sweet smell of math… but mostly cookies.

From now until February, students will flock to B Wing every Monday to participate in Math League. The program consists of 5 meets throughout the four-month season, with four of those meets at Shakopee.

Each meet is divided into four individual events, A, B, C, and D, which consist of Algebra, Geometry, Algebra 2/PreCalculus, and miscellaneous, respectively. Each student is expected to participate in two 12-minute events. However, the coaches, Mr. Kannel and Mrs. Livermore, will choose eight students to represent the school in both their individual points and the team event points. These students often vary from meet to meet.

Last year, the team qualified for the State Tournament with a ranking of 7th among Tier 2 schools. Eventually the season ended with a second-place trophy, missing first place by only one point.

Although Math League lost some strong partipants, namely Jacob Brekke and Dominic Peichel, the team has high prospects for this year. Co-captain Megan Beulke says, “So far this year we’ve only had a few practices, but I can already tell that we are going to be a strong team because of all the talented people that are a part of Math League.”

Overall, Math League is a fun and exciting program for anyone wanting to become better at math or who has an interest in math. Senior Emma Terris says she joined math league because “I was looking for clubs to join and wanted to meet some more people when I was a freshman. I also was incentivized by the extra credit that Mrs. Atkinson offered freshman year, but have learned to really enjoy the challenge of the competitions.”

The first Math League meet of the year is Monday, November 6th at Lakeville. Math League has practice every Monday after school in Mr. Kannel’s room!