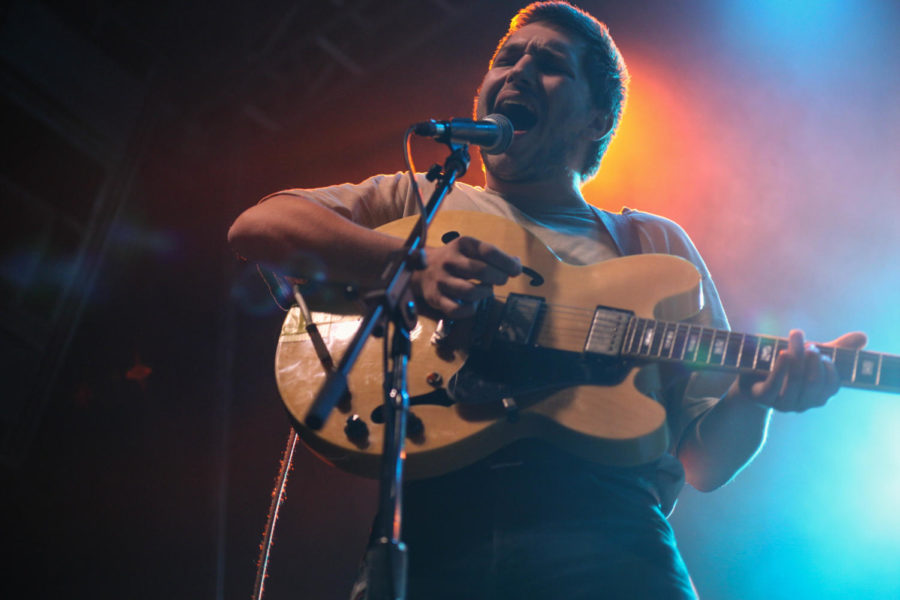 Forming just two years ago, the indie-rock duo Whitney has gained considerable success after releasing their debut album Light Upon The Lake. Their success hasn’t seemed to influence their egos, because they demonstrated genuine astonishment at the large amount of applause they gained from the packed room in First Ave on Thursday night.

“This is crazy, people usually don’t even listen,” they kept saying to the screaming crowd. While the hyperactive crowd was in part because of Whitney’s exceptional music, the devoted music lovers that Minneapolis breeds might also be responsible.

No great concert goes without an opening band to create a good atmosphere, and Ne-Hi did just that. The five-piece group has opened for bands like Car Seat Headrest and Twin Peaks and have been well-reviewed by a variety of sources, including the Chicago Tribune.

Their music is the perfect balance of relaxed and rugged, a transcendent modern take on vintage punk. Songs like “Turncoat” and “Stay Young” made it impossible for my head to stop bobbing to the music. This show was too good to change anything, but the next time I see Ne-Hi, I predict they will be the headliner and not the opener.

After a brief moment of chatting up fellow concert-goers, Whitney showed up with Julien Ehrlich taking center stage on the drums and Max Kakacek to his right on the guitar. They were joined by Malcom Brown on keyboard, Josiah Marshall on bass, Will Miller on brass, and Ziyad Asrar on rhythm guitar. The group jumped right into their hit song “No Woman,” a central part of their debut album.

From grabbing a fan’s inhaler to strongly encouraging a bandmate to crowd surf, Julien Ehrlich’s wispy voice and easy-going personality firmly claimed the spotlight for the night.

Along his side, the band would be incomplete without the soulful and necessary trumpet sounds from Miller, the contagiously happy music from Brown on the Keys, and the intricate sounds coming from Asrar, Marshall, and Kakacek. The band’s considerable chemistry was apparent.

Whitney is known for their laid-back aura, but when following the setlist, they are anything but. They played more songs than they initially planned (not that anyone complained), including a Bob Dylan cover and an unfinished song from their upcoming album.

Although they claimed that people often ignored them at other venues, they will always find a home in Minneapolis. They say that once a band successfully plays a show at First Ave, then they have made it in the industry. It is safe to say that both Ne-Hi and Whitney have surely made it and are climbing the rigorous ladder of musical success. I look forward to hearing new music and seeing more from each band.