Fire bounce back with win over Hutchinson 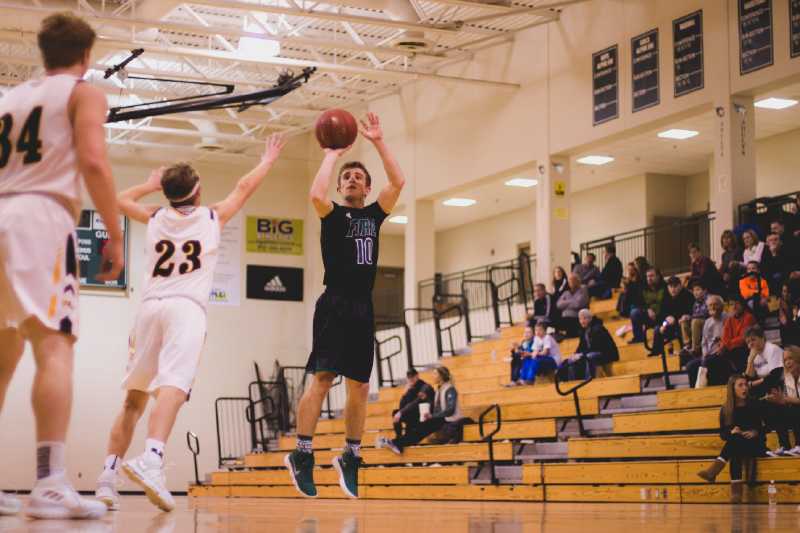 Last Friday, the boys basketball team hosted a Wright County Conference matchup versus the Hutchinson Tigers. After an inconsistent first half, the Fire were able to bounce back from last week’s loss at home versus Orono with a 79-54 win, propelling them to a 13-3 record overall and 1-1 record in the WCC.

The first half can be characterized as a polar opposite duel between both teams. On one hand, the Fire’s defense was sedate and sloppy while the Tigers’ composure was solid and untroubled. Offensively, the Fire were forced to take outside shots while the Tigers were aggressive and effective down low.

Coach Matt Thuli elaborated on Hutchinson’s approach: “Early on they [Tigers] started playing a zone which tends to make us shoot outside and then when they switch to man-to-man that’s when we get better looks. We’ve always been a team that shoots from the outside anyway. They play a lot of back cuts and I think that’s where we should’ve improved – it seemed like we were stuck looking at the ball.”

With under three minutes to go in the 1st, the team built a comfortable 25-point lead against the Tigers. The boys were able to take control offensively and adjust to their defensive approach, leading into a halftime score of 41-22.

Captain Lincoln Cizek summed up the first half: “We knew that Hutchinson was going to be one of the easier teams we’ve played all year, so we didn’t really come out with any intensity. We just went through the motions which we try not to do, but it ended up happening for us.”

Coach Thuli added, “I think this was one of those games where it’s tough not to shoot and adjust to the way we faced them in the first half.”

Captain Nate Hendler said, “We got yelled at for not playing good defense in the first half – I don’t know if we played better defensively in the second half or what, but we definitely shot the ball and were better offensively.” Coach Thuli added, “I think we were able to move it better offensively – make that extra pass, run our offense a little more, get more open looks.”

Those open looks led to the team building a substantial lead. With under seven minutes left, the Fire held a lead of 72-45.

The team’s comfortable lead allowed secondary players to showcase their talents, including Seth Thompson, Jacob Konz, Justin Matthews, Matthew Waterman, and Zyler Niece. In total, 16 players from the Fire contributed to the win.

Justin Matthews shared his thoughts on his “Minnesota Miracle 3-pointer” (1:52 in the video), “I thought it was good. I’m gonna keep tossing up shots every chance I get in. I didn’t even think I was gonna go in because I missed an entire week of practice ’cause I was sick so I thought I wasn’t eligible to play, but I guess I was. First one was a brick, the second one went in. That’s all I can say.”

At the end of the night, the boys’ dominant performance and well-balanced approach earned them a 79-54 victory.

After the game, the Fire turned their attention to a difficult New Prague game:

“We need to keep on sharing it. They got a history of kicking our [butt] so I think it’s time we reverse it. We know we can definitely do it this year so we are going to bring it hard.” – Lincoln Cizek

“Our main goal is to win. I know a couple of us haven’t won against New Prague ever since we made varsity. So for some of us, it’s been two/three years.” – Nathan Hendler

“If we play our best basketball – we can’t be sloppy like tonight, especially defensively. I think our weaknesses tonight were mostly due to lack of mental focus. We just gotta take it one game at a time.” – Coach Thuli

The boy’s next game is on Friday as they host the New Prague Trojans at 7pm.