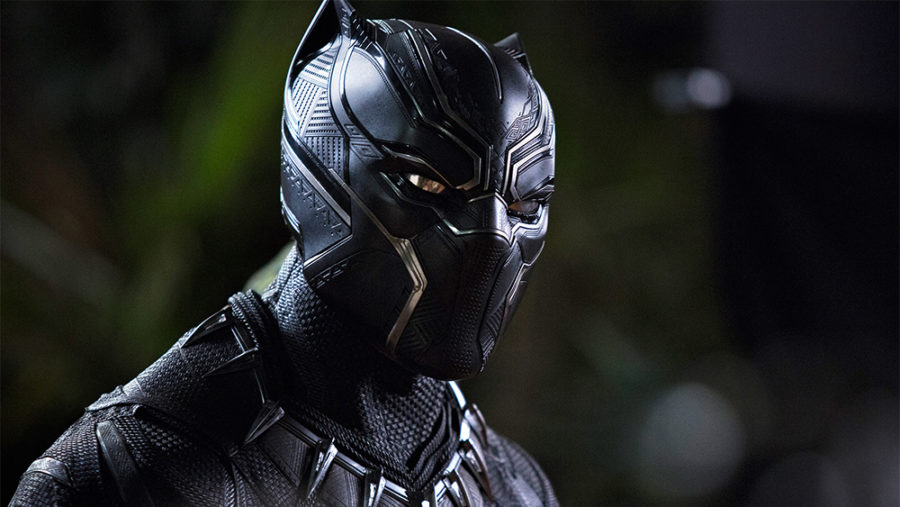 Marvel’s newest film Black Panther is sweeping the nation. After receiving critical acclaim, the film had a record-breaking opening weekend, the 5th biggest of all time. Black Panther is a cultural and social phenomenon as well, being one of the first black-led superhero films since Blade in 1998.

Does Black Panther live up to the hype? Yes, yes it does.

Three-time director Ryan Coogler is behind Black Panther. Each one of his films is very different, but great for their own reasons. His first feature film Fruitvale Station (which was made for only 900k) tells a harrowing true story about life and death.

His second film, Creed, is a fantastic boxing film that defied expectations as an entry in the inconsistent Rocky franchise. Finally he made, Black Panther, which is a fantastic movie full of well-realized characters, an engrossing story, and social commentary that is both relevant and enhances the story.

Black Pather follows T’Challa (Boseman), the prince of the technologically-advanced African nation of Wakanda. T’Challa is also the Black Panther, the protector of Wakanda.

After his father’s death, T’Challa must take up the mantle of both warrior and king. As T’Challa adjusts to becoming king, Erik Killmonger (Jordan) the main antagonist comes to Wakanda and has eyes for the throne.

The story in Black Panther is awesome. It dives into a lot of social and political topics that are very relevant today including foreign relations, political divides, and helping the less fortunate. Black Panther deals with these ideas in very creative ways while never forcing its message on the audience. It was refreshing to see these concepts approached well in a big budget, mainstream comic book film. Some of the plot points were predictable and cliche, but the wonderful world building makes up for some of the story issues.

The country of Wakanda is one of the best parts of Black Panther. Coogler does a great job building and developing the world. Wakanda feels real and lived in. Watching the technological advancements clash with old traditions make the world interesting. The icing on the cake is that this fantastic, well-realized world is full of excellent characters.

Chadwick Boseman’s (42) T’Challa is our main protagonist and he is a pretty great one at that. Boseman struggle to right the wrongs of past kings was very compelling. While Peter Parker and Tony Stark are great heroes, I found it refreshing that T’Challa took himself seriously and didn’t crack jokes all the time.

By far the best character in the movie is Micheal B Jordan’s (Creed) Killmonger. He is one of the best MCU villains. He is intense, menacing, and steals each scene he appears in. He has a perfect motivation that is relatable and understandable. Killmonger believes that he is right and sometimes you agree with him, but the evil tactics he uses to get to his end goal shows you how evil he really is. Killmonger is without a doubt one of the best villains of recent memory.

The supporting cast all come out to play as well. Daniel Kaluuya (Get Out) and Martin Freeman (Sherlock) have small but memorable roles. Lupita Nyong’o (12 Years a Slave) does a great job as a spy and love interest for T’Challa, even when given very little to work with. The Walking Dead’s Danai Gurira is a scene stealer as the awesome warrior Okoye. Andy Serkis (Dawn of the Planet of the Apes) is wonderfully over the top as the maniacal lunatic Ulysses Klaw. Newcomer Winston Duke displays great comedic timing as M’Baku, and Letitia Wright does a great job as T’Challa’s cynical, smart-talking sister Shuri.

If anything was disappointing in Black Panther it would be the action. While it was far from horrible, Coogler displayed with Creed that he is a very talented action director, but Black Panther’s action was not up to par. There were a couple of sequences that were very good. There are two sequences that took place on a waterfall that are both tense and well filmed. There is a car chase that is especially fun, but the final battle in the third act devolved into a mess of shoddy special effects.

Kendrick Lamar’s original soundtrack is very good. It would have been better if there was more of it in the movie, but the original score is amazing. Marvel movies have usually had very average scores but this is not the case for Black Panther. The mix of hip-hop with traditional African musical elements was great.

Black Panther is a solid movie. The acting, writing and directing are all impressive. The social and political commentary is relevant and elevates the story. Culturally, Black Panther is a very important film. On top of that, it is a great film itself.