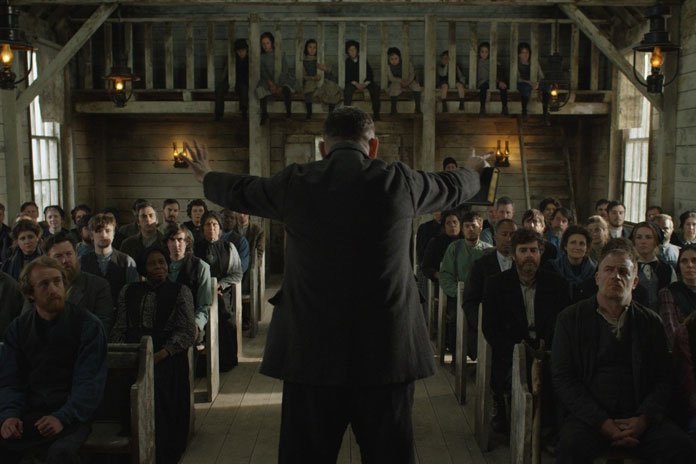 Apostle is a Netflix Original Horror movie set in the early 1900’s. It is about an ex-priest Thomas (Dan Stevens) who travels to an isolated island in search of his sister. He meets up with The Prophet Malcolm(Michael Sheen) who preaches about sharing and equality in the colony, but it is soon made clear to Thomas that something more sinister is going on under the surface.

I thoroughly enjoyed this movie from the great writing to the excellent acting and the on edge horror that keeps you invested throughout the movie. Writer and Director Gareth Evans really wrote up a good story here, similar to the Wicker Man(1973). I personally thought that Thomas’s motive of getting his sister back is cliche, but it was done very well here. The character’s had depth and you could tell the personality of everyone in the movie and what they were thinking. The acting was phenomenal in the film as well. Dan Stevens steals the show as Thomas and Michael Sheen plays a very creepy prophet figure and Bill Milner and Mark Lewis Jones had some great performances as well. This movie was very scary as well with a lot of blood and gore that could turn some people away but was very frightening.

Overall, I thought Apostle was a good take on Horror by Director Gareth Evans and if you are a fan of scary movies and you are looking for something to watch, give it a try.