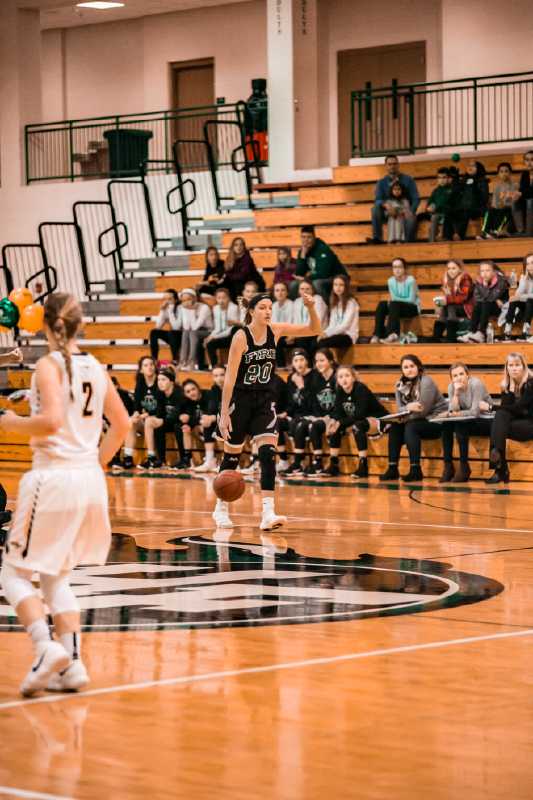 Boys Basketball is getting ready to start their 2018 campaign on Thursday (11/29) against reigning section champions, Brooklyn Center. Last season the Fire gave BC a run for their money falling just short 76-70. Leading the way in that game were seniors Nathan Handler (24), Lincoln Cizek (17), and Griffin Johnson (12). This season’s game, along with the entire season, is bound to be led by different players given that those three have now graduated. Experience will not lack for the Fire as they have 8 returning varsity players (Brendan O’connor, Jacob Zay, Reid Stark, Nick Hendler, Jacob Konz, Zyler Niece, Seth Thompson, and Ryan Bowlin). With that being said, scoring will need to be picked up by multiple, if not all of these guys. COMBINED, these 6 players averaged 20 PPG. 20 points will not win the Fire any games this season. Brendan O’Connor was able to shed some light on losing the teams top 3 scorers from last year, “Well there’s no doubt that losing Nathan, Lincoln, and Griffin will change the makeup of our team; however, we feel that it won’t make the quality of our play any worse. It’s tough to ask three new guys to step up and match the production of the guys we lost, that’s why we know if we are going to be as good as we want to be, it has to be a team effort on both ends of the court.” Following the Fire’s best season (19-9) since 2014 when the Fire won 30 games, the Fire are poised to surprise a lot of people this year. The Fire have been seen in the bottom half of preseason rankings for the section, but do not be surprised to see the Fire playing deep into sections this year.

Girls Basketball has a slightly different look to them this season. The Fire return 7 total varsity players (Leigh Steiner, Grace Conroy, Julia Geurs, Anna Vakulskas, Grace Murphy, Ali Jansen, and Grace Elander) including 3 starters (Leigh Steiner 13 PPG, Grace Conroy 8 PPG, and Julia Guers 10 PPG) for the 2018 season. What is different? While the people running the plays are roughly the same, the man calling them is not. The Fire are now being led by rookie head coach, Adrian Turner. Coach Turner is a descendant of the school in the next town over, Chanhassen. Turner was an Assistant coach for the Girls Storm team, while also acting as head coach for the JV team. Turner also has received the highest honor an assistant coach could receive, Section 2AAAA Assistant Coach of the Year in 2014. It was only a matter of time for Turner to get his shot. Turner did not come to Holy Family alone. He also brought with him a promising young guard, Nicole Bowlin. Bowlin is highly regarded as she is “one of the top guards in the class of 2022” according to Prep Girls Hoop. Bowlin played under Turner, starting many games for the JV squad as just an 8th grader, along with playing in many varsity games for the Storm. Bowlin, along with the rest of the Fire, look to build off last year and reach state this season. The fire are ranked #2 by Breakdown coming into the season and play their first home game on Tuesday (11/27). The fire played in a tournament this past weekend and dropped both games to end up at 0-2 to start the season, but you can attribute those to growing pains. Expect the Fire to get used to the new system in no time and make a real state tournament run this season. How will they do it, Leigh Steiner gave those answers, “We will play our best games when the scoring is even and we are truly playing as one unit. We have a lot of strength inside with Julia Guers, Grace Conroy, and Grace Murphy and have shooters on the outside like Fink and Nicole that will make us a threat all over the court! Our speed and strength is something that will be very helpful given that we are going to be playing a faster pace game this year! The goal is obviously state this year but if we focus on getting better and better for each game that goal will happen on its own.”