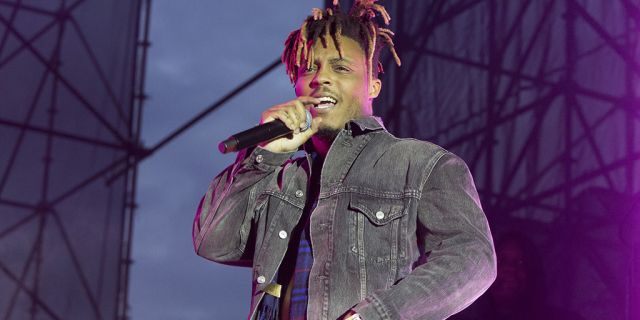 On December 8, the popular rap artist Juice Wrld died after a seizure at Chicago Midway International Airport. The rapper had just flown with a couple of friends from L.A. to Chicago late Saturday night/early Sunday morning. Currently, the cause of death is unknown. The artist was 21. His death brought sorrow to young fans across the world. Artists like Travis Scott, Chance the Rapper, and Nicki Minaj responded to his passing and payed tribute to the accomplishments he’s made to music. Juice Wrld’s unfortunate death comes after the deaths of similar young rap artists like XXXTentacion.

Before he graduated high school, Juice Wrld started uploading his songs on SoundCloud, an online audio distribution platform and music sharing website. Taking off in 2018, he signed a reportedly $3 million record deal with Interscope with only one real hit and an EP. This hit was “Lucid Dreams,” a 2017 track that racked 2.5 million plays on SoundCloud by the time of his signing. “Lucid Dreams” would become his defining work.

Juice Wrld’s style and sound has spoken to the hearts and minds of young teens, and his big influence on the rising subgenre of emo rap leaves an immense musical legacy. Juice Wlrd, as an artist, showed incredible range from his touching lyrics on the megahit “Lucid Dreams” to the combinations of rock, rap, pop, and experimental music shown in “Hear Me Calling” and “Robbery”. “Bandit” sees a collaboration with Juice and YoungBoy Never Broke Again, once again revealing the extensive range of the artist. And in “Legends”, a painfully touching tribute to those that die young, Juice Wrld expresses the emotion he feels about the deaths of artists like XXXTentacion and Lil Peep.

All of his songs defined a growing sound, combining emo rap and trap together. The genre, along with Juice’s songs, confronted prevalent and relatable emotions like vulnerability, depression, and mortality. It was a genre to be listened to in the bedrooms of young teens who can relate to the heartbreak and rebellious aesthetic of the genre. This was something Juice Wrld tapped into, especially late into his career. He helped define an up-and-coming genre and sang to the lives of young teens and millennials around the world. Juice Wrld is gone, but he surely won’t be forgotten.