An Update on Antarctica 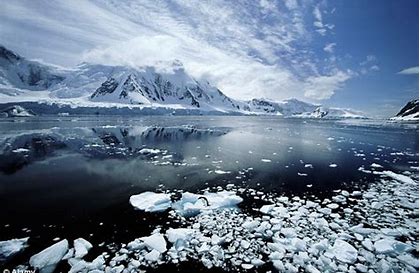 As of recently, the melting in Antarctica has only gotten worse. According to weather.com, ice sheets in both Antarctica and Greenland are melting six times faster than they were in the 1990s. This is significant not only because of the rate that the ice is melting, but also because of the COVID-19 virus, other important news like this is not being shared.

Researchers have found that together, Antarctica and Greenland have lost 6.4 trillion tons of ice since the 1990s. Some may wonder what the significance of this topic is, but the importance is unmatched. The melting of these giant ice caps will eventually result in a further rise in sea level. Scientists have even predicted that an additional 6.7 inches will be added to the already .7 inches the sea level has risen so far. This may seem like a small amount; however, if this happens many costal cities and their citizens will be negatively impacted. This is not something we can fix completely, but it is an issue that can be stopped and slowly resolved. However, that requires a lot of work and determination. If nothing is done to fix these issues, scientists predict that the warming episodes will only become more frequent.