A Brief History of the Wabasha Street Caves 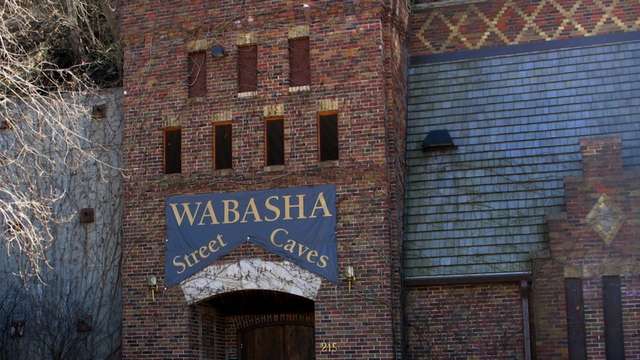 If you’re ever free on a Thursday night, you should round up a couple of you friends and head over to the Wabasha Caves in St. Paul for some jazz and swing dancing. The Caves have been one of my favorite places to go in the city due to my dancing feet. It’s an event hall that was built into the large sandstone cliffs. It has housed mushrooms, miners, and murders. So grab your dancing shoes and lets get our history on.

In 1949, the caves were first used to mine silica that is used to make glass. Then, in the early 1900s a French immigrant by the name of Albert Mouchnotte found the caves alluring and thought of it as the perfect place to set up his mushroom growing business. But during Prohibition, it became a speakeasy for gangsters. The police chief at the time knew about the gangster activity within his city, but he had a deal with them anyway.  If they didn’t do any of their criminal activity with the city limits, he would allow them to stay. During that time many notorious gangsters such as John Dillinger, Ma Baker and Baby face Nelson were there and maybe even planned some of their attacks. There are many mysteries surrounding the Gangsters of the Wabasha Street Caves such as the mysterious bullet holes above the fire place or the fact that it maybe haunted by the souls of the those who died in the caves.

Sadly the Caves are not open currently due to the pandemic but once this is over head over to support your local business. So, if you are ever in the mood for some swing dancing, mystery, jazz and maybe even some murder, head on over to the Wabasha Street caves.