An Overview of Girl’s Tennis During COVID 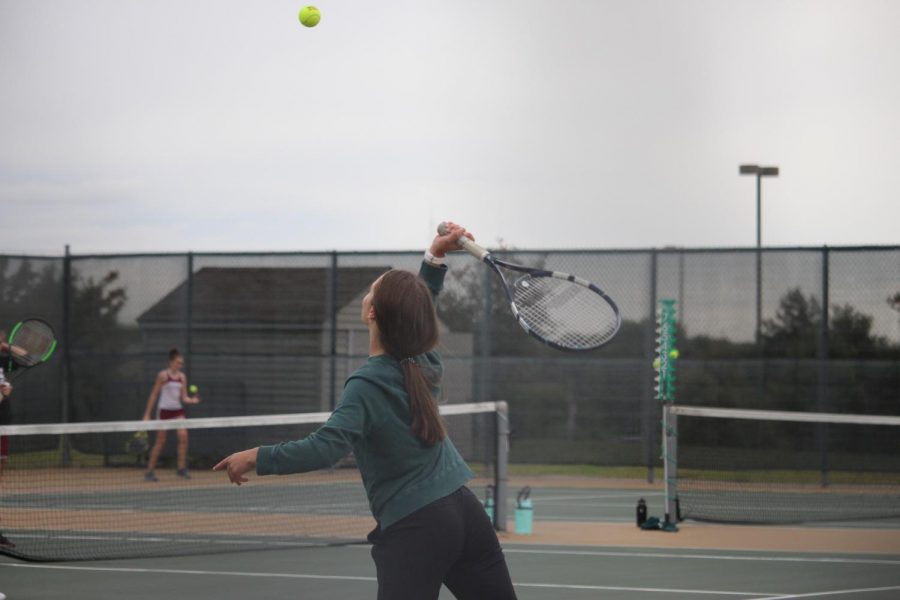 Most things this year have been affected by COVID-19 but the girls fall tennis season was still on. With over 60 girls going out for tennis this year, this was the biggest turnout the team has ever had. This required 4 more coaches to be hired, including coach Tia Murphy (varsity), coach Lindsey (JV2), coach Molly Garin (JV2), and coach Jan (JV).

This year there were three different practice times in order to to limit contact between the players and coaches. Everyone was also expected to sanitize their hands every time they entered and left the courts, and to make sure to stay socially distanced during matches and practices. On the bus to away matches, masks were required and the amount of total matches was changed from 16 to 11 to ensure that there would be no more than two matches a week as required by the MHSL (Minnesota High School League).

During matches, players were not allowed to have anyone inside the courts to spectate. However parents could watch from outside the fences.

Junior varsity coach, Lisa Ogren, gives her thoughts on this season: “Personally, I was thrilled to hear that there were 63 girls playing tennis this season! What an opportunity for us coaches to teach and develop future players for the sport we love.” She also said, “This is my 10th year coaching and I still get excited when fall rolls around because I know it’s time for the tennis season to begin. One hundred percent, I keep coming back because of the girls, they are fun, funny, goofy, and FULL of energy! I always learn something new!” Now, the tennis season has come to a triumphant end. The final regular season match was senior night on September 29th against Providence Academy. Holy Family Varsity finished with a 6-1 win against Providence. Go Fire!