Covid-19 and Its Effect on Volleyball 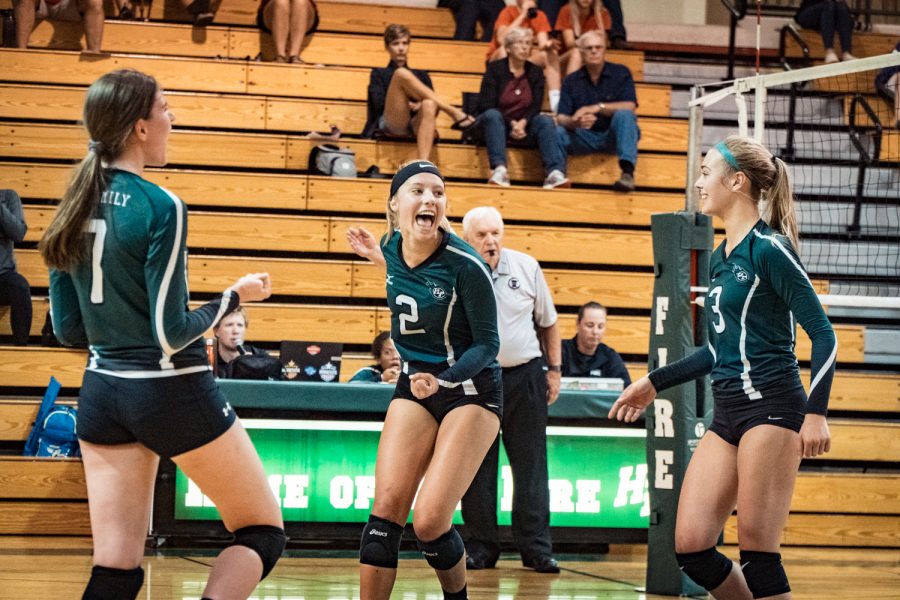 Due to Covid-19, the MSHSL made the decision of moving volleyball and football to the Spring. Recently, that previous decision was withdrawn. On September 21, they made the choice of moving volleyball back to the normal time.  Where does that leave the team in times of uncertainty? Captains Sophia Mackey and Tatum Hussey explain how their team is preparing for a volleyball season that is far different from any season before.

Last year, Holy Family girls volleyball had 36 girls in the program and 4 teams. This year they are expecting something very similar. There have been 56 girls that have shown an interest in playing, but they still plan on only having 4 teams.

Both captains have expressed how they are grateful that the season is happening even if it’s not how they expected. The placement of the season will influence other school sports and activities because there is a possibility of volleyball still taking place for a short amount of time after the regular season ends to make up for some of the time lost. Captain Sophia Mackey also plays for Holy Family softball which takes place in the Spring. This is what the Spring could look like for a lot of other students whose activities are being affected and limited by Covid-19. The captains explain how they are preparing their team for a fast arriving season. “We are going from 0-100 in an insanely short time,” says Sophia Mackey. The program held practices in July and the team has been practicing for the past two weeks to prepare for a flexible season. It will be challenging to play in a time like this. “I think that getting everyone excited to play and getting them through tryouts will help them prepare. Also, making sure everyone is helping each other out,” says Tatum Hussey. It is in times like these that it is most important to help those around you. The captains have faith that the team can handle whatever is thrown their way. “I’m proud of this team. I love them and wouldn’t want to be with anyone else!” says Sophia Mackey. The teams needs support not only from each other but from their fans. The captains hope that fans can still support the team whether or not they can physically be there to watch. The season is scheduled to start on September 28 with games starting on October 8.