Raya and The Last Dragon Review 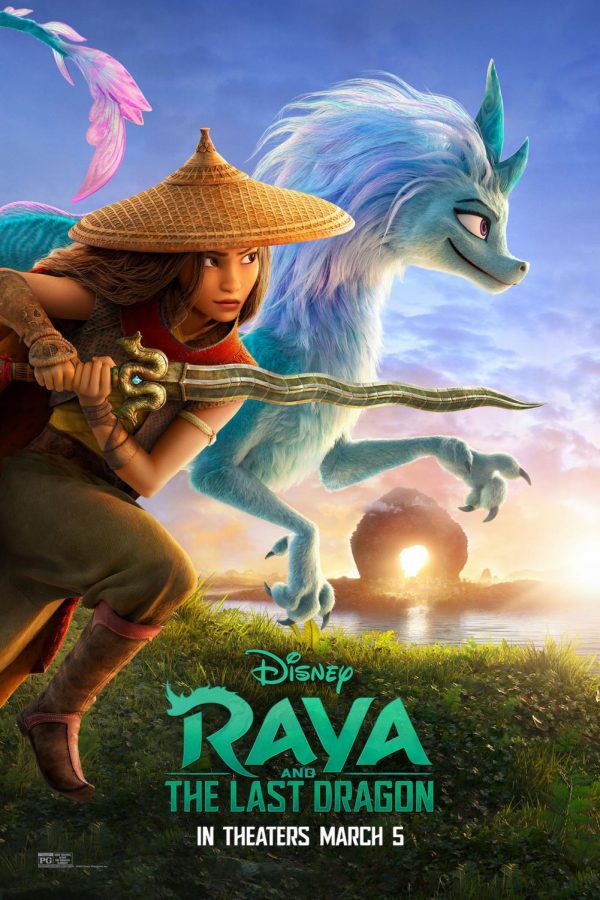 Movie Summary
Raya and The Last Dragon is a new Disney movie that takes place in a fantasy town, Kumandra, which is supposed to be somewhere in South-East Asia. In this town, people do not live in harmony, and this is what causes monsters (the Druun) to take over Kumandra. The Druun can turn people to stone, including Raya’s father, if they do not have a certain gem to protect them. Since Raya has part of the gem, it is up to her to find the missing pieces and save Kumandra. Along the way, she summons a dragon (Sisu) who helps her on her quest. She also meets various people from all over the world who join her on her journey to save Kumandra and bring back her father.
Review (Spoilers!)
I would rate this film a 9/10. I thought it had an interesting plot. I also thought that the moral was very meaningful. The part where Sisu is shot by Raya and Namaari is a very shocking and unexpected scene. It added a lot to the movie and made it more interesting. However, it is never explained how or why she is brought back to life in the end. I thought that bringing her back to life, took away from the impact of the scene where she dies. I think that she should’ve just stayed dead, and that Raya should have had to find a way to move on without Sisu. I feel like that would’ve made for a more interesting and logical ending. But, overall this was a very good movie, and worth the watch!