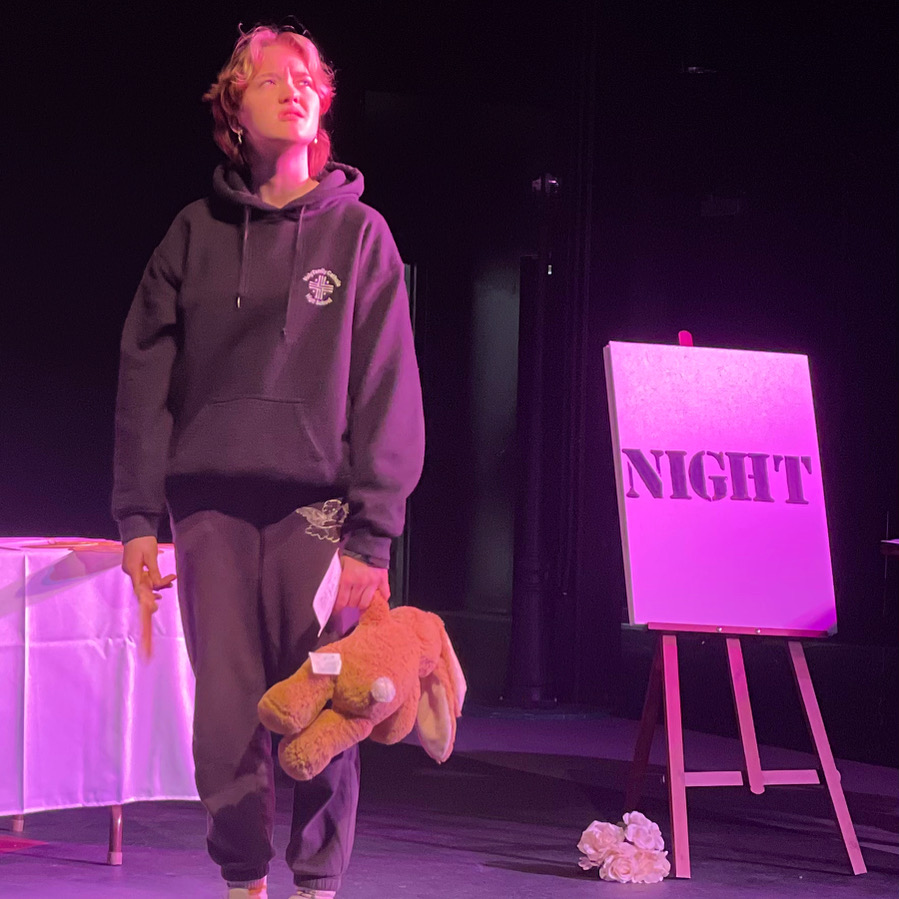 F theater department participated in the one-act theater competition and was held at St. Paul Academy. This one-act was a one-man show that had Mags Cline as the main character Peasblossom. The show, “I, Peasblossom,” was based on the Shakespeare play called “A Midsummer night’s dream.” I was part of the ensemble in this play and not having a lead role was a very interesting experience for many reasons. I played the character Lysander who doesn’t have any lines written in the script, but in our interpretation, we decided that some of the supporting characters could have a line or two. Rehearsals were held in the green room behind the theater in order to practice while rehearsals for “Three nights at the Twist” were also going on. On the day of the performance, I had to wake up at 5:00 am in order to pick up two of my friends and get to St. Paul Academy at 7:30 am. Showtime was at 1:55 in front of the other theater groups’ competitors as well as judges. After our performance, the judges gave us some feedback, and then we went back to watch some of the performances which were all amazing so it was a little nerve-racking seeing our competition. After about an hour or two, we all went back into the main theater to hear the results of who won. We placed third, but only first and second places move to the next competition. So we didn’t get the opportunity to move forward and perform again. It was a really fun experience and I would definitely do it again if presented with the opportunity.